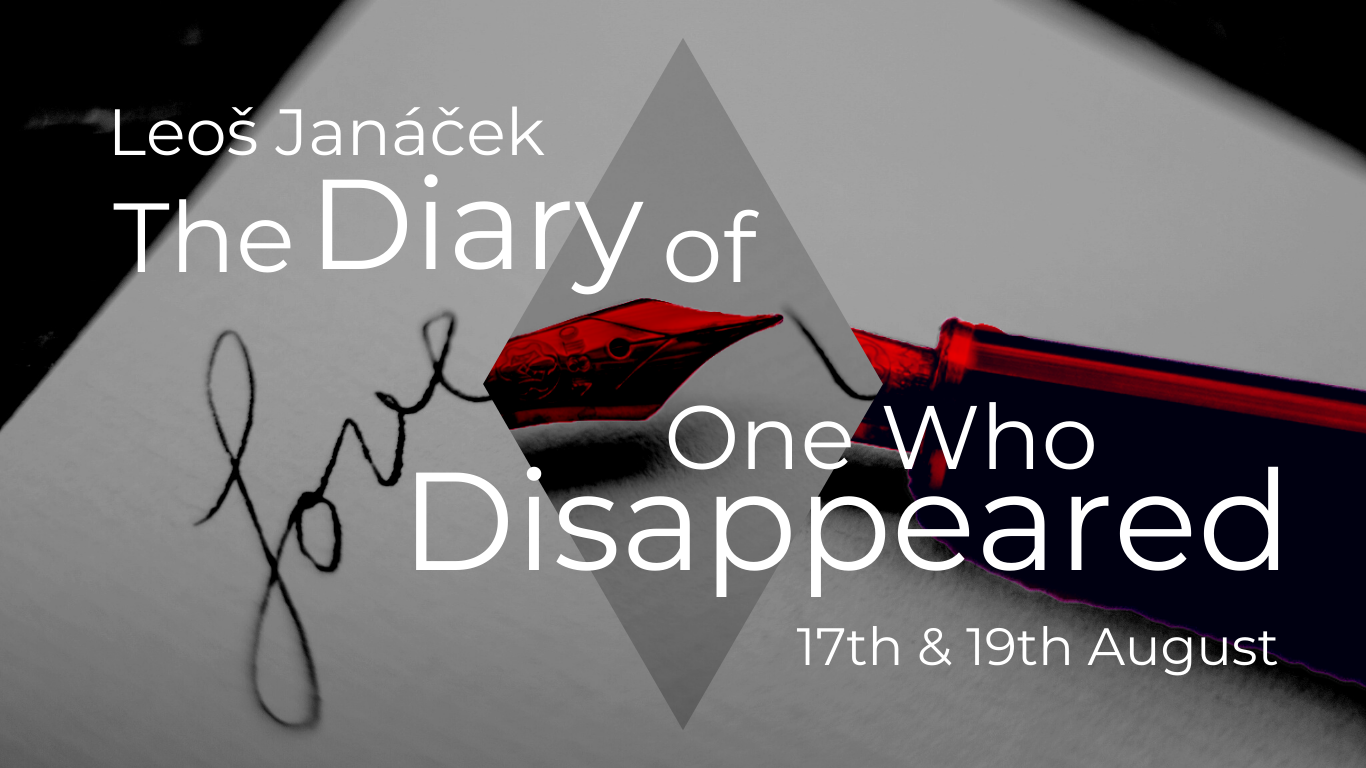 The Diary of One Who Disappeared

Janáček’s song-cycle, THE DIARY OF ONE WHO DISAPPEARED, tells the story of a young man who becomes infatuated with an elusive woman, eventually throwing his life away to follow her.

Performed in Czech, this staged production is directed by Guy Withers and musically directed by Ashley Beauchamp. This passionate and dark song-cycle carries the audiences on a journey through the highs and lows of love’s emotions.

For an extended evening, this production pairs perfectly with Wagner at Twilight, which will be performed in the gardens after this performance at 8.30pm.

Wagner at Twilight – find out more…

Tickets from £15  (with concession available for Under 30s as well as Blue Light Card Holders, and Benefits Support)

Attendees for The Diary of One Who Disappeared should note that these performances take place after the gardens have closed to the public and so access to the gardens is not possible with these tickets.