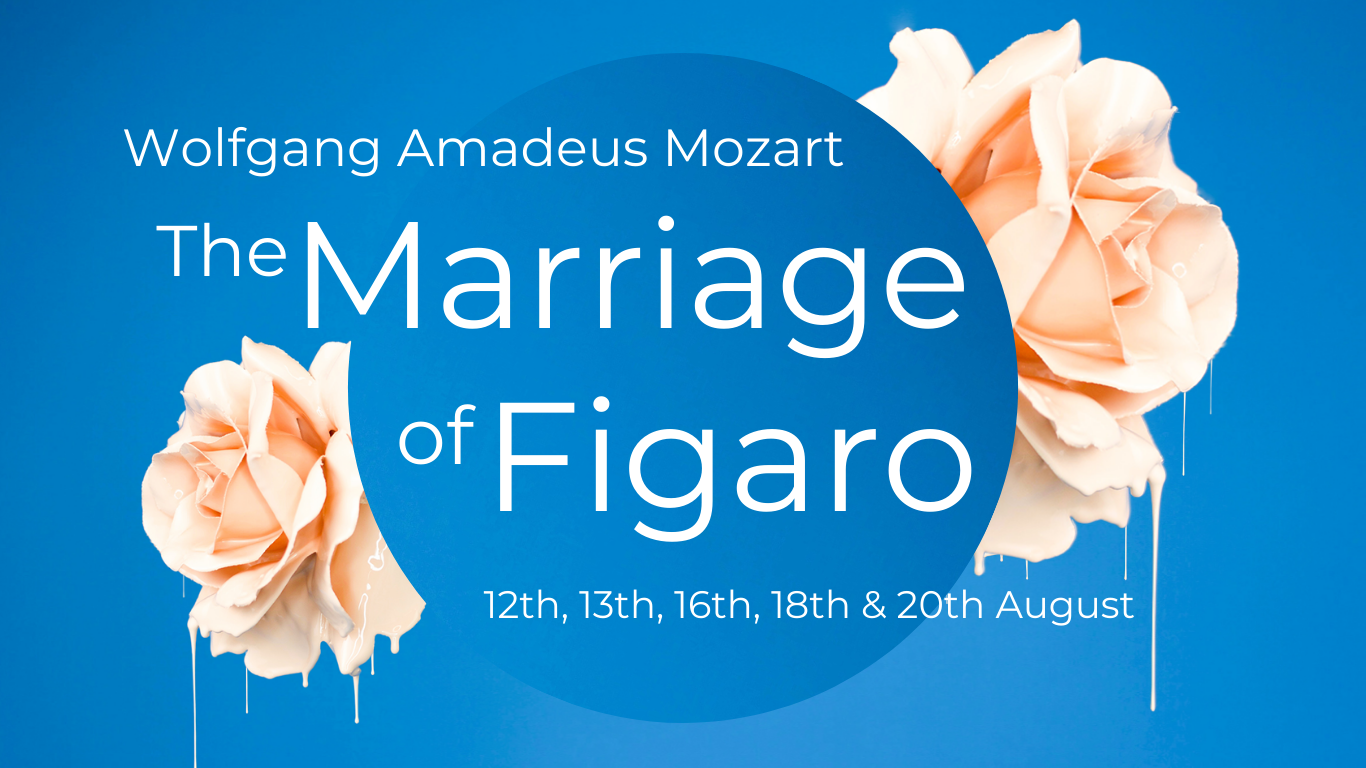 The Marriage of Figaro

Festival Music Director Bertie Baigent will conduct five performances of Mozart’s timeless comedy THE MARRIAGE OF FIGARO on the front lawn of Waterperry House. Directed by Isabelle Kettle and designed by Charlotte Henery, this bold new production invites audiences into the hustle and bustle of preparations for the wedding of Susanna and Figaro. Throughout the course of the evening, their wedding is threatened by entitled employers, interfering family members and unwanted suitors, will the bride and groom make it to the altar?

This production showcases some of the UK’s most outstanding emerging operatic talent, alongside our 2022 WOF Young Artists and the acclaimed Waterperry orchestra.

As a prequel to The Marriage of Figaro, Jonathan Dove’s FIGURES IN THE GARDEN will be performed in the gardens at 5pm on the 12th and 13th August. Drawing on musical ideas from Mozart’s operatic score, Dove explores alternative scenarios for Da Ponte’s characters. This production sees a collaboration between dance students from Trinity Laban Conservatoire of Music and Dance and young local musicians from Oxfordshire County Youth Orchestra.

Figures in the garden – find out more…