Designed by nurseryman Alan Bloom in 1968, the island beds were an innovation on the traditional idea of herbaceous border, in that the beds are of an informal shape with the planting viewed in the round. It was thought that plants would not grow as tall as those with a walled backdrop, but we have found that there is little difference between open and walled borders in this respect. Bloom was ahead of his time in including grasses in his designs, such as Helictotrichon sempervirens which you will find in these beds. Other plants of interest here are Crocosmia ‘Lucifer’, and Asphodeline. 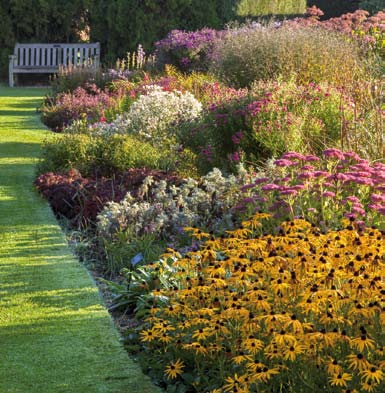 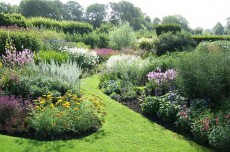